Frailty is associated with declining levels of L-carnitine that worsens as we age. Aging Research Reviews, a scientific journal, published an article in 2010 that stated, “carnitine is important for energy production in skeletal muscles and there seems to be a negative correlation between advancing age and muscle carnitine levels.”1 L-carnitine allows cells to produce energy effectively.

The researchers concluded that “carnitine deficiency may, therefore, contribute to geriatric frailty.” L-Carnitine is widely used by athletes and bodybuilders as well as men and women wanting to improve the quality of their lives.

Prescription medications, properly prescribed, are a leading cause of death in the United States. That’s right. The prescription medications you take cause other health problems. In certain situations, such as emergencies, pharmaceutical drugs can be life-saving. However, you have no statin or lisinopril deficiency. In fact, lisinopril and statins are known to reduce testosterone levels in your body. Statins deplete testosterone and CoQ10, and can lead to muscle wasting.

A medication used to treat seizures is well known to cause carnitine deficiency. The mechanism appears to be loss of L-carnitine through the kidneys; basically, valproic acid (VPA) causes you to pee out your L-carnitine. Interestingly, some say that people who suffer seizures should not take L-carnitine because it may increase their seizure severity. However, severe carnitine deficiency is life-threatening.

“The Pediatric Neurology Advisory Committee in 1996 provided more concrete indications on the role of carnitine in valproic acid therapy, such as valproic acid overdose and valproic acid-induced hepatotoxicity. Carnitine was strongly recommended for children at risk of developing a carnitine deficiency. Although carnitine has been well tolerated, future studies are needed to evaluate the efficacy of prophylactic carnitine supplementation for the prevention of hepatotoxicity.”12

“Some experimental and clinical data suggest that early intravenous supplementation with l-carnitine could improve survival in severe VPA-induced hepatotoxicity. Carnitine administration has been shown to speed the decrease of ammonemia in patients with VPA-induced encephalopathy although a correlation between ammonia concentrations and the clinical condition was not always observed. As it does not appear to be harmful, l-carnitine is commonly recommended in severe VPA poisoning, especially in children, although the clinical benefit in terms of liver protection or hastening of recovery from unconsciousness has not been established clearly. Prophylactic carnitine supplementation is also advocated during VPA therapy in high-risk pediatric patients.”13

There are other causes of l-carnitine deficiency besides genetic. A 2011 study in Italy found that inflammatory bowel disease (IBD) is associated with l-carnitine deficiency.3 The study authors state that “deficiency of some isoforms of carnitine, especially those esterified with short-chain fatty acids, may play an important role in cardiac involvement in course of IBD and could lead, over time, to dilated cardiomyopathy.”

“It is proposed that this disturbance in carnitine homeostasis is reflective of a reduction in carnitine palmitoyltransferase-I (CPT-I) activity, possibly a result of the accumulation of omega-6 fatty acids previously observed in this patient population. It is hypothesized that the administration of omega-3 fatty acids in combination with l-carnitine would increase CPT-I activity and improve chronic fatigue syndrome symptomology.”4

L-carnitine, an amino acid, has been used by athletes for performance enhancement. Men who experience fatigue with exercise despite optimal testosterone levels may benefit from L-carnitine supplementation. “Studies in athletes have shown that carnitine supplementation may foster exercise performance. As reported in the majority of studies, an increase in maximal oxygen consumption and a lowering of the respiratory quotient indicate that dietary carnitine has the potential to stimulate lipid metabolism.”5 We now know that “L-carnitine plays a decisive role in the prevention of cellular damage and favorably affects recovery from exercise stress.”

“Uptake of L-carnitine by blood cells may induce at least three mechanisms: 1) stimulation of hematopoiesis, 2) a dose-dependent inhibition of collagen-induced platelet aggregation, and 3) the prevention of programmed cell death in immune cells. As recently shown, carnitine has direct effects in regulation of gene expression (i.e., carnitine-acyltransferases) and may also exert effects via modulating intracellular fatty acid concentration. Thus there is evidence for a beneficial effect of L-carnitine supplementation in training, competition, and recovery from strenuous exercise and in regenerative athletics.”

“If initiated carefully in the appropriate clinical population, hormone replacement therapies in men and women may prevent and reverse muscle and bone loss and functional declines and perhaps promote healthy aging and longevity.”6

In a 2009 study that included 122 men over the age of 65, researchers at the University of Southern California found that “supplemental testosterone produced significant gains in total and appendicular lean mass, muscle strength, and aerobic endurance with significant reductions in whole-body and trunk fat. Outcomes appeared to be further enhanced with GH supplementation.”8 L-carnitine helps deliver growth hormone (IGF-1) to the cells by increasing IGF-BP3 and may provide similar clinical benefits as growth hormone therapy in terms of muscle mass and strength gains in aging men.

L-Carnitine and l-tartrate supplementation were shown to increase the ability of growth hormone (IGF-1) to be delivered to target cells. The researchers found that “supplementation significantly (p < 0.05) increased IGFBP-3 concentrations prior to and at 30, 120, and 180 minutes after acute exercise.”7 IGF-BP3 is the binding protein that delivers IGF-1 most effectively to the cells. There are other binding proteins but these proteins tend to bind IGF-1 too tightly. Most hormones in our blood are bound to proteins.

Research has shown even more benefits from l-carnitine supplementation. L-carnitine is converted to other forms called acylcarnitines. A 2010 article in the Journal of Progress in Lipid Research, the authors wrote “acylcarnitine and carnitine supplementation have resulted in beneficial effects in the treatment of various neurological diseases, even though fat is not the major fuel for brain. Recent data indicate new, multifactorial roles for acylcarnitines in neuroprotection. Brain acylcarnitines can function in synthesizing lipids, altering and stabilizing membrane composition, modulating genes and proteins, improving mitochondrial function, increasing antioxidant activity, and enhancing cholinergic neurotransmission.”9

“Currently a relatively small subset of acylcarnitines is usually investigated. More research is needed on the use of acylcarnitines in the treatment of neurological diseases using a list of acylcarnitines encompassing a wide range of these molecules.” For you, science nerds who thought that carnitine was just a cofactor, Progress in Lipid Research disagrees: “carnitine is not merely a cofactor in beta-oxidation, but rather it has many known and yet to be discovered functions in physiology.” With greater demand for cost-effective ways to prevent premature aging, we should hope for more research in this area.

Researchers have found that L-carnitine can be used to help patients suffering from pancreatic cancer. In one study, the authors found that “while these data are preliminary and need confirmation they indicate that patients with pancreatic cancer may have a clinically relevant benefit from the inexpensive and well-tolerated oral supplementation of L-carnitine.”10 It has been found to help maintain muscle mass in men receiving chemotherapy.

How is L-carnitine taken?

L-carnitine can be taken by mouth, as an intramuscular injection, and, in the form of acetyl-L-carnitine, intravenously. In individuals with irritable bowel syndrome, chron’s disease, and ulcerative colitis, intravenous and intramuscular routes may be preferred. While L-carnitine appears to have few possible side effects.

L-carnitine is given to patients receiving dialysis for kidney failure and is considered very safe.”L-carnitine (LC) administration has been recommended for specific indications in dialysis patients, including epoetin-resistant anemia, intradialytic hypotension, cardiomyopathy, fatigue, muscle weakness, and exercise performance; it may ameliorate insulin resistance, inflammation, and protein wasting.”

Despite the body of evidence to support its use the authors somehow conclude “LC administration continues to appeal to nephrologists because its use in dialysis patients has an attractive rationale,it addresses problems that persist despite dialysis, it is safe, and the existing literature does not refute its use. Nevertheless, definitive trials to justify LC administration have not been conducted and are increasingly unlikely to be funded. In an era of shrinking resources and bundling of dialysis services, the use of LC in dialysis patients will, appropriately, diminish.”

The authors concede that L-carnitine addresses problems in these patients but somehow concludes that it is appropriate for its use to diminish. It is sad there is so little interest in researching a treatment that is so effective and perhaps too cost-effective.

So who should take L-carnitine? There appear to be many benefits and few risks but you should still ask your doctor first to see if he thinks L-carnitine supplementation may be right for you.

Low levels of testosterone can lead to hair loss, weight gain, a decrease in sex drive, and many other unwanted side effects. We use the most advanced medical technologies along with 30+ years of experience in men’s health to bring testosterone levels to their healthy peak. 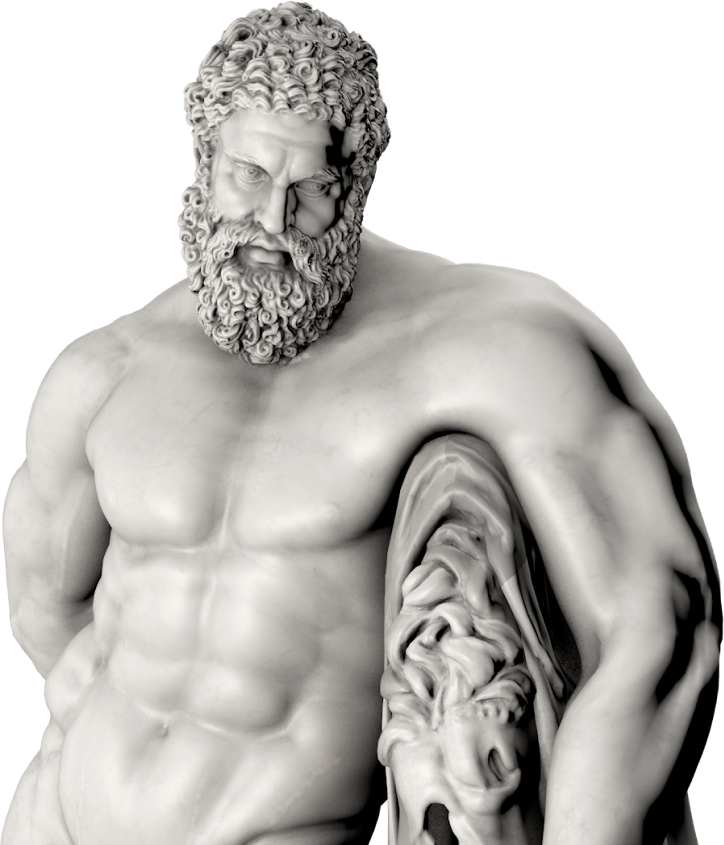 Can testosterone injections cause mood swings, water retention, or increased hematocrit? These and other questions answered by IMH doctors

Is Testosterone Replacement Therapy Right For You?

There are many myths about low testosterone. The truth is that men in the United States 20 years ago had much higher testosterone levels on average than men today.

Many patients, both men and women, have asked me over the years what can they do to boost their natural production of Androgens (Testosterone and DHEA).

How To Treat Low Testosterone In Men

Is Testosterone Therapy Bad For You?

According to specialists, testosterone therapy can actually benefit the health of the patient in a variety of ways.

For many men, once they’ve come to accept low testosterone as a treatable medical condition, their immediate next step is to ask, “Is testosterone therapy safe?” Considering the boom of interest in low testosterone treatment (in men over 40, the rate has nearly tripled in a 10 year span), the question isn’t a surprising one.

As you age, your chances of having low testosterone levels become more likely.

With so many possible causes, a specialized medical approach is the fastest and most effective solution to treat Erectile Dysfunction. We have handled thousands of cases with a nearly 99% success rate.

The wear and tear of a physical sports career can take a toll on body and mind. Our exclusive physical medicine and rejuvenation program covers aspects of pain management, flexibility, mental health, injury prevention, and healing.